Thorny Sweets; a game where two lovers face their fears and brave the castle. Use your ability to switch, mix and match magic with items and make your way through to the end.

I didn't have as much time to work on this as I'd like, but I hope the premise of it is alright.(And that it isn't too buggy at the very least) Maybe in the future I will come back to it. Also, it kind of turned a bit spooky. Just a bit.

Hello, can you please add platform tags to the game page? The Itch desktop app uses those to identify if a game can be downloaded to the system it's installed on.

(Came from Yuri Game Jam page. I know, it's been months now, but I only just got around to playing through the submissions.)

Not gonna lie, I spent close to a minute just staring at the first room (the art and animations are actually very impressive, and after completing the game I spent a good minute or so just slashing with the sword girl and watching her sword reform on her back), and maybe five more minutes jumping around the first room. The core gameplay (how recently did you last play Castlevania: Portrait of Ruin, out of curiosity?) and controls actually seem pretty polished and seem to have a fair amount of potential, and the graphics are excellent. I'll get into specific things I liked down at the bottom. The current build isn't really specifically yuri-ish in any way other than the interface, but I'm fine with that in an early build of a game where it seems like gameplay would be the primary focus anyway.

It also kinda drops you in without explaining anything, so I'm going to phrase this as a list of comments on things that aren't obvious and assume that some of them are probably bugs or oversights.

Things I specifically liked about the gameplay:

Things I personally disliked about the gameplay:

Edit 2: Oh, in conclusion... I enjoyed my time with it, which was probably around an hour including typing this up? The graphics and animations are actually pretty good, the sound and music fit well, the controls work better than some actual full games I've played, and while it doesn't quite play like a Castlevania game, it does play like it was designed by someone who's played them. I'd be interested in playing this if it came out as a short but finished game. But it does feel like a demo right now, in a lot of ways, with a handful of bugs, no intro, and just a general shortage of... content, I guess the word would be? Or content variety?

(In case you're wondering about the edits, I accidentally hit space with the text field deselected and posted this before I was finished typing.)

Wow that's quite a lot written up! I have to thank you for putting so much effort into all this. But you are correct on it, it is really just a demo. Because I was kind of the only person working on it I ran out of time rather quickly. From sound effects, to making the sprites to even programming it. I had to borrow some music since I couldn't make it. But, that doesn't excuse the quality of it! I wish to come back to this with more content and a a nice huge fix. There is so much that isn't explained and even so much that people might not even notice. Like how after a certain point the hands will send you to a darker dimension. But, because the game is so short you never really see that at all. So, it makes me sad.

Now, as much as I'd like to continue working on this, I am working on my main project. I hope to have it posted one day and it will absolutely be worked on 100% since I kind of want to sell it if I can. (While this game will remain free)

Regardless, thank you so much for taking time out of your day to play my game. It means a lot! 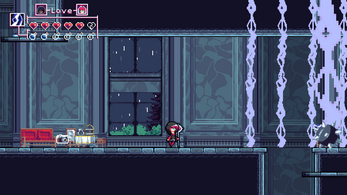 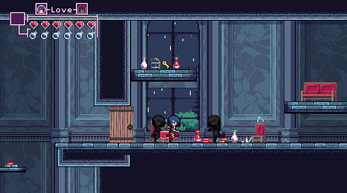 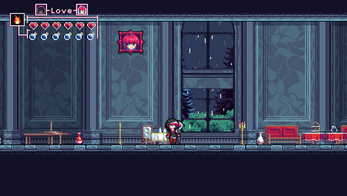 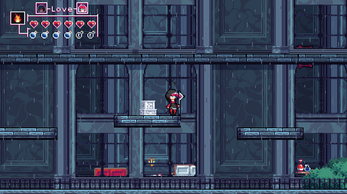